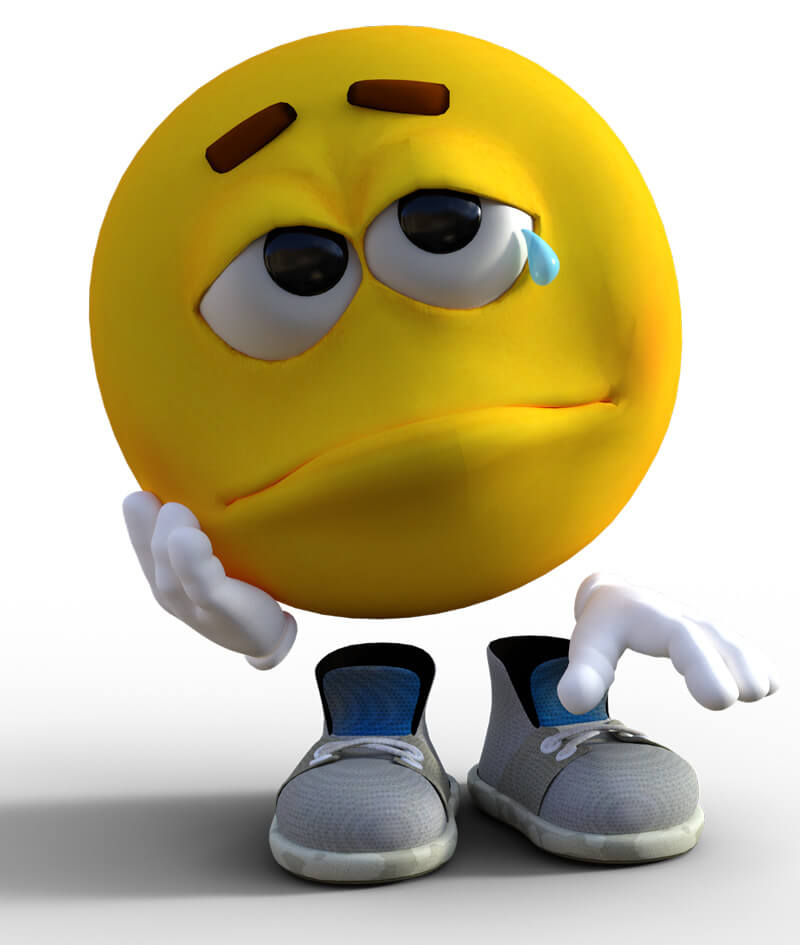 Am I likely to get infected from tears?

A recent paper by Agarwal in Ophthalmology found no evidence of SARS- Cov-2 in tears in 64 tear samples from 17 COVID-19 patients in Singapore. However, it is important to note that there have been other papers have shown the virus can be found in tears. So, while transmission is low, preventing one from touching their eyes or getting droplets in their eyes remains an important prevention strategy. 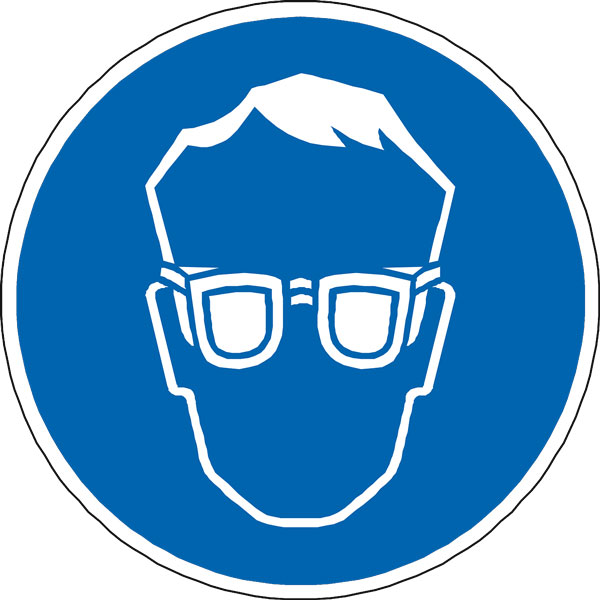 Did you know that Coronavirus can spread through the eyes?

According to a recent YouGov survey, the top 5 New Year's resolutions for 2020 are:

All very worthy goals, but here's another one to consider -- your eyesight. There's no better time of year to think about what you can do to maintain and improve your vision. 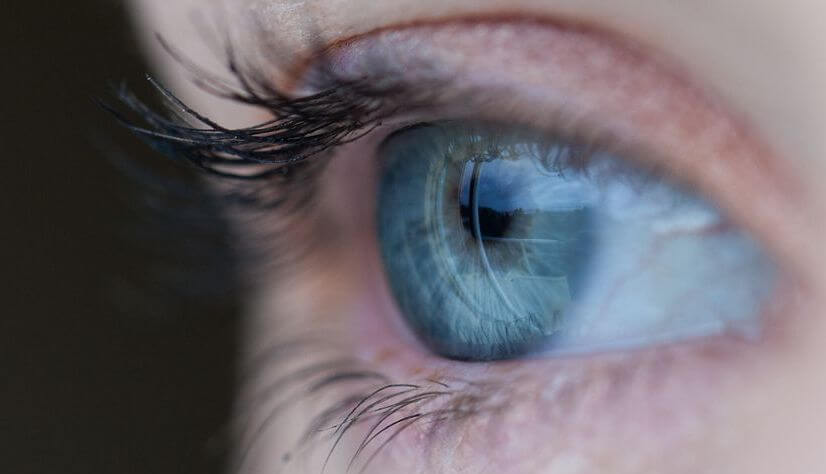 The injury caused a retinal tear, and Savannah initially underwent five laser treatments in an effort to avoid surgery. Most retinal tears can be sealed using lasers, but if the retina becomes detached, it no longer works properly and causes vision to become blurry. Without surgery, a retinal detachment can cause blindness.

Savannah was lucky -- her surgery was a success. Dr. Feldman advises that anyone experiencing symptoms of a torn or detached retina, such as flashing lights or a lot of floaters all at once, should go see an ophthalmologist ASAP.

Click here to see before and after photos of Savannah's injured retina. 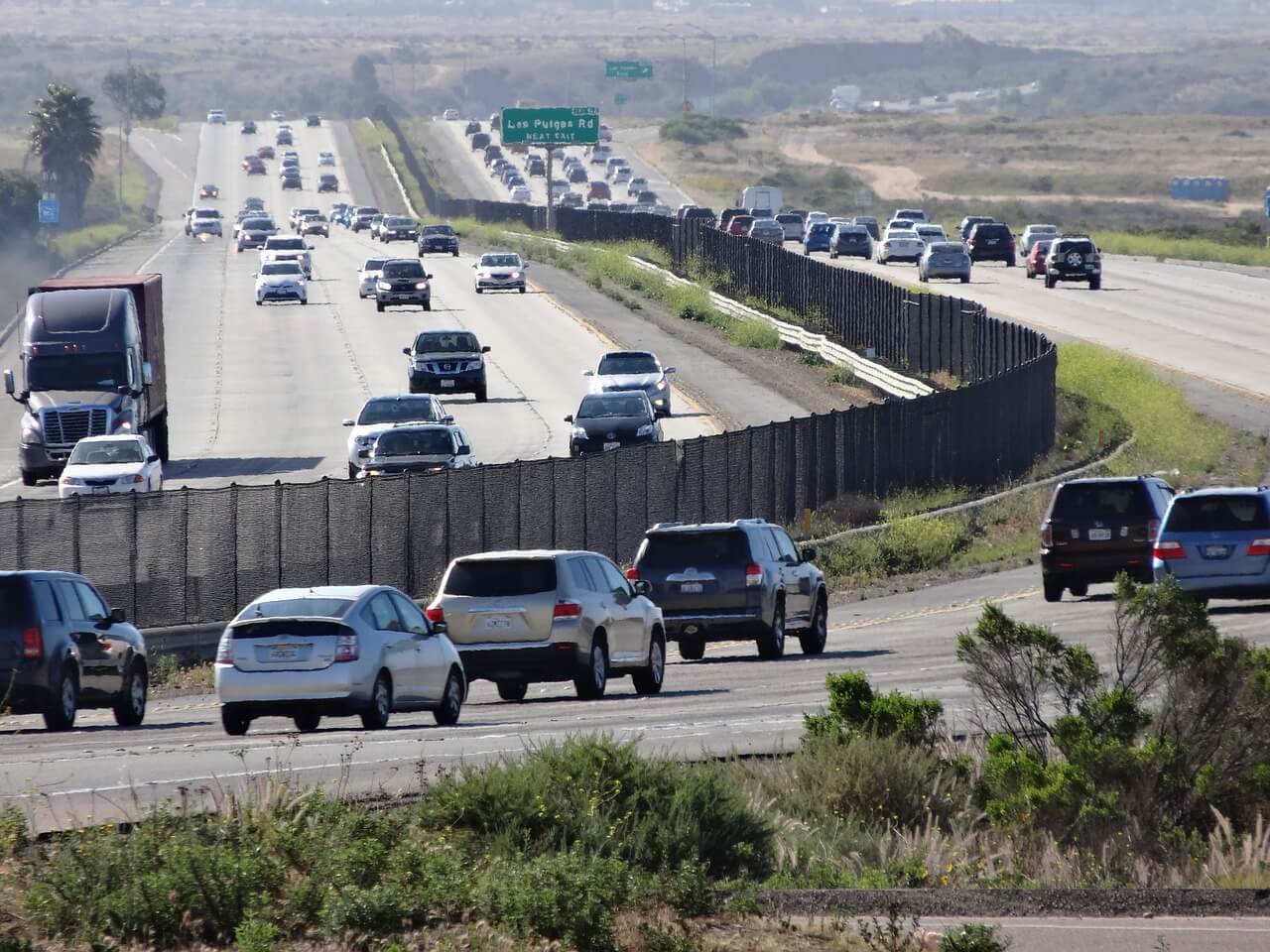 Could air pollution be putting your eyesight at risk?

According to a recent study, poor quality air may be contributing to increased incidences of glaucoma, a debilitating eye condition that can led to blindness. This is a big concern for anyone living in Greater San Diego, which is rated as having the sixth worst ozone pollution in the U.S. Click here to find out more, including 5 simple ways to protect yourself against air pollution. 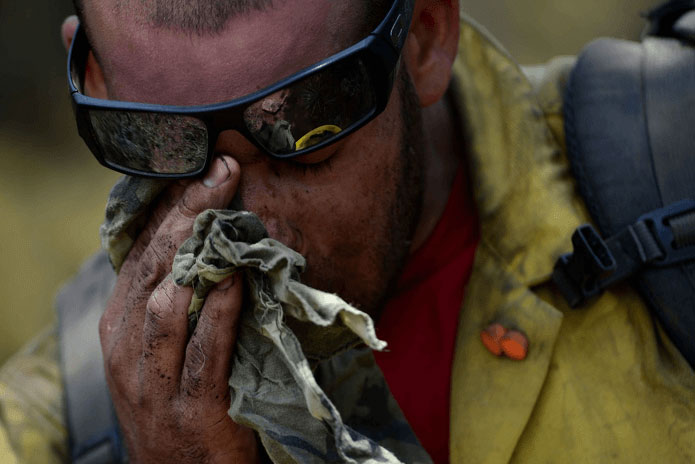 Watching news footage of fire crews courageously battling bushfires in Australia, we were reminded of how much laser eye surgery can benefit firefighters and other first responders. There is literally no time to waste dealing with lost contact lenses, broken eyeglasses or blurred vision when you are racing to save lives. This makes LASIK an excellent permanent option for anyone who requires crystal clear vision to do their jobs to the best of their ability.

Our hearts and prayers go out to Australia and all who have suffered from the devastating fires there, humans and animals alike. 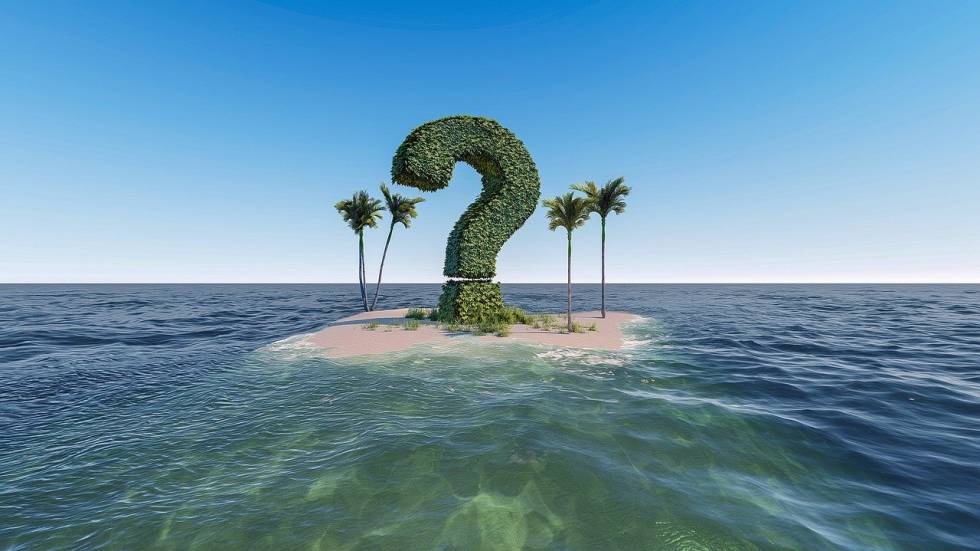 Which sense is the most valuable?

A recent online survey in Britain found that most people consider sight to be the most valuable sense. Participants were asked to rank sight, hearing, smell, taste, touch, balance, temperature and pain in order of most to least valuable. The results: 88% ranked sight as their top choice. Hearing ranked second and balance was third.

We're curious to see if Americans would vote the same way. Which sense do YOU value most? Post your top choice in the comments section below! 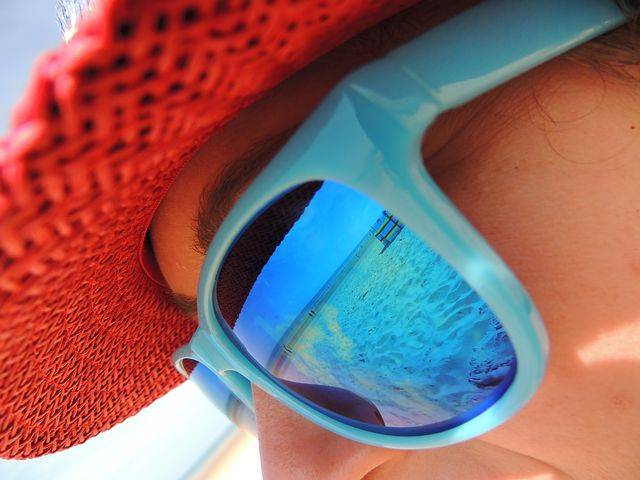 How might climate change affect your eyes? The eye is particularly vulnerable to things like air pollution, dry conditions and changes in UV radiation. Ozone depletion has also been found to have a direct link to several eye diseases, including cataracts and macular degeneration.

The good news is that UV exposure is a controllable risk factor. So if you're headed off to a beach clean-up or a climate protest, be sure to wear a hat and sunglasses to protect your eyes. They need protection as much as the planet does! 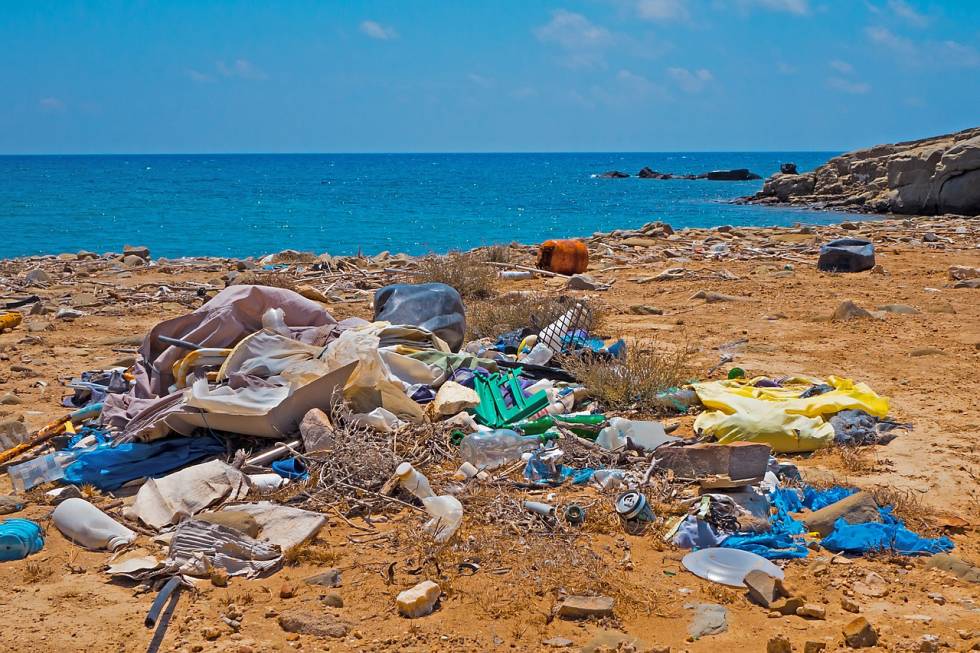 Don't you hate it when people litter? Us too! That's why we were happy to learn about a surprising way to put a stop to such planet-trashing behavior.

Researchers in the UK have found that people are far less likely to drop litter if they think someone is watching them. In one experiment, two different flyers were printed -- one featured an image of watching eyes and the other version had the eyes obscured. Even with no mention of littering, the version with the watchful eyes reduced the odds of littering by around two thirds! 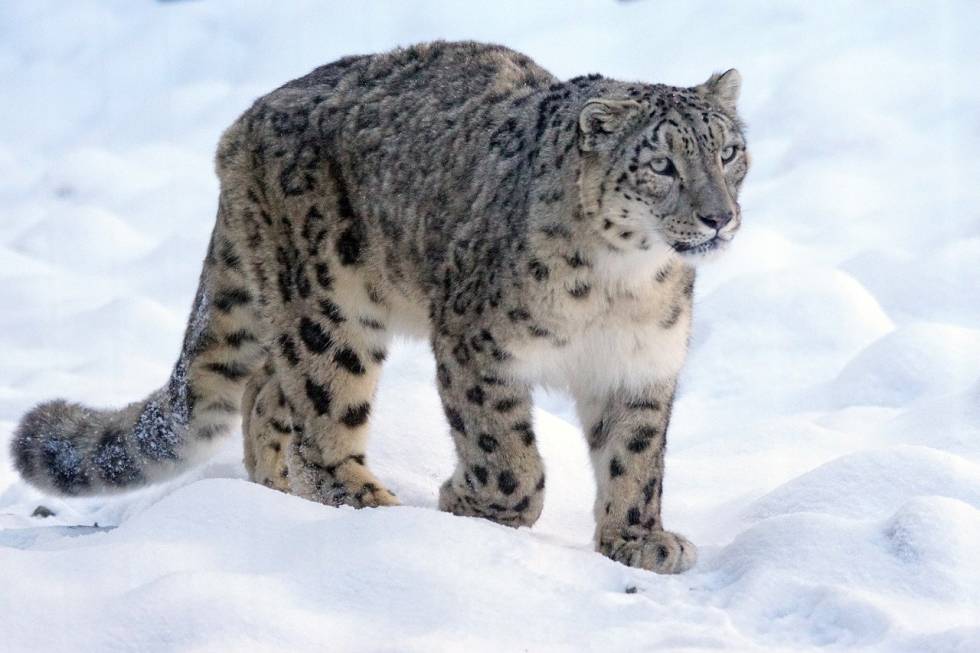 A wild snow leopard found injured and unable to see has had his vision restored after Chinese veterinarians removed a cataract, a world-first surgical procedure.

Linghan, a snow leopard believed to be over 11 years old, went under the knife on November 26. A cataract had caused the lens of his right eye to become progressively opaque, resulting in blurred vision. During the approximately 3-hour procedure, an intraocular lens was implanted in the eye after the cataract was removed.

Linghan was thin, in bad condition and had lost sight in both eyes when he was found in the wild. Snow leopards, which have evolved to live in harsh mountainous terrain, are a vulnerable species, with only up to 6,500 remaining in the wild. Each and every member of this species is crucially important, and Linghan's health and well-being will be greatly improved now that he has better vision.

Click here to see a video and photos of Linghan with his medical team! 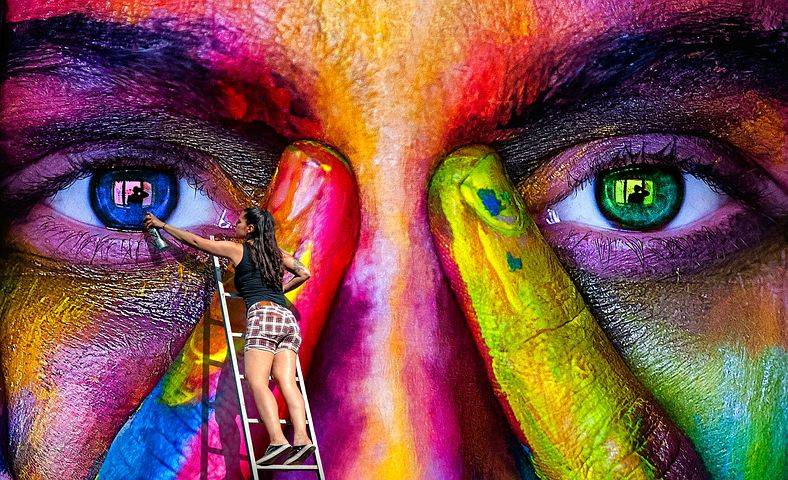 Here in the U.S., we tend to see cataract surgery as an almost inevitable part of getting older. But elsewhere in the world, millions of people are blind because of cataracts, a clouding of the lenses of the eye primarily caused by aging.

For a person with cataracts, the world looks blurry, dim and drab. It's one of the easiest degenerative diseases to correct -- a simple surgery can make everything clear and vibrantly coloured once again. As Thanksgiving Day approaches, Dr. Feldman is more mindful than ever of reasons we should all be grateful, including our vision.

"We are incredibly fortunate to live in a country where treatment for diseases like cataracts is so readily available and affordable. Keep up with your regular eye exams and don't take the health of your eyes for granted!" 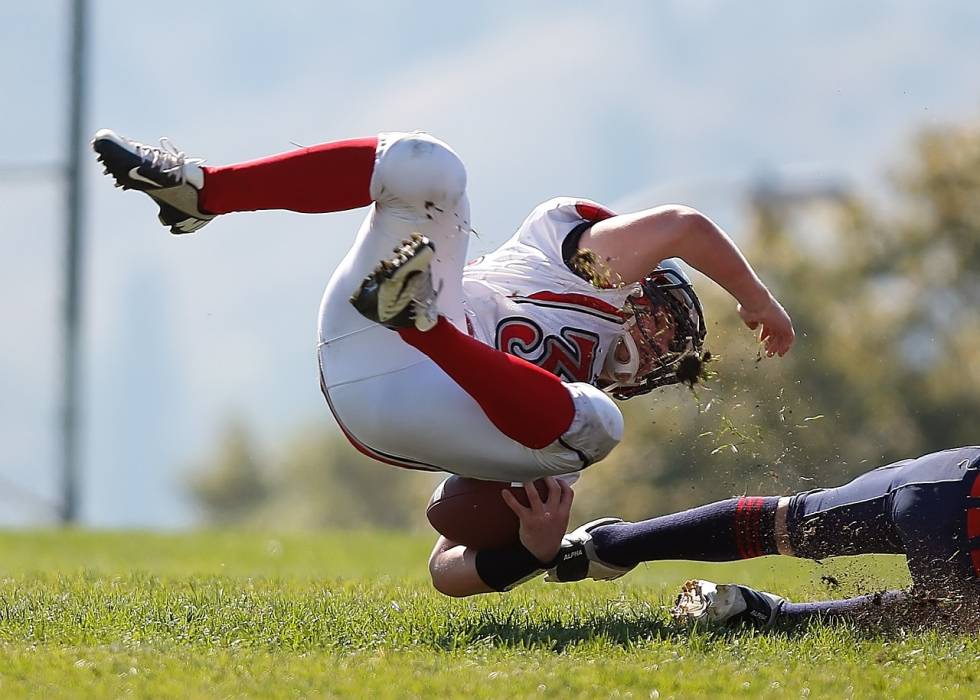 Concussions have been in the news a lot lately and most of us have a basic idea of what they are. But what you don't hear about very often is that as many as 8 out of 10 people have vision problems after a blow to the head. How come? Concussions cause the vestibular system -- which controls balance, spatial recognition and motion coordination -- to malfunction. This makes the brain rely more on the eyes to compensate, often resulting in blurred vision, difficulty focusing, sensitivity to light and eye pain. These problems usually go away with some time and rest. If not, it's best to seek some medical advice. Just one more reason to take extra care if you've suffered a potential concussion! 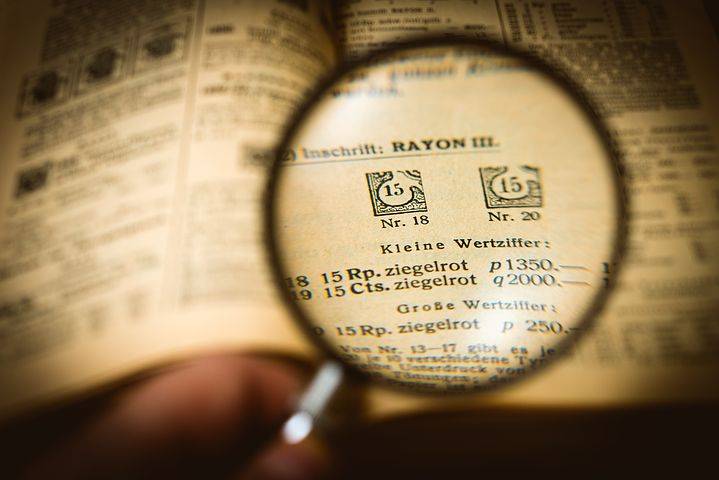 Would You Believe? Contact lenses that zoom when you blink twice!

It sounds like science fiction -- a contact lens that zooms on your command. But scientists at UC San Diego have actually made such a thing reality. The soft lenses respond to the electricity produced by specific eye movements, changing their focal length depending on the signals generated. And it works whether the user can see or not. Researchers believe it could be used in the future for visual prostheses, adjustable glasses and remotely operated robotics.

They might also be fun used in a James Bond movie or a TV detective show. Zoom! Enhance! 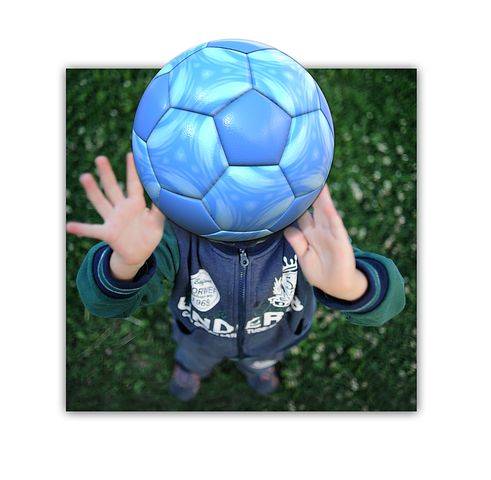 Contact lenses offer a number of advantages for children and teens who play sports. Wearing eyeglasses -- even impact-resistant lenses -- can pose a risk, as the frames may break during contact sports and possibly cause an eye injury. Also, the lenses of sport eyeglasses or safety glasses can sometimes fog up, affecting vision and performance.

Sport contact lenses eliminate these problems and provide other benefits as well, including better peripheral vision that enables a child to react faster to other players and objects approaching from the side. Contact lenses also remain more stable when running and jumping.

"How old does a child need to be to wear contacts? That's one question I hear a lot, especially from parents here in San Diego, where playing sports and being active is such a big part of the lifestyle," says Sandy T. Feldman MD, Medical Director of Clearview Eye & Laser Medical Center. "The good news is that children as young as 8 can successfully wear contacts, as long as they are responsible enough to clean and store them properly." 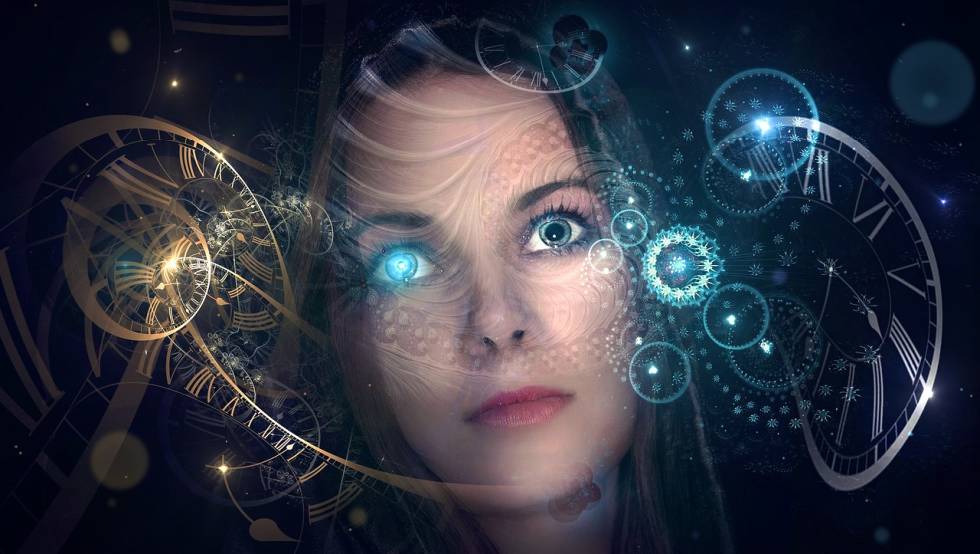 A team of researchers at the University of Minnesota has taken a bold step towards creating a 'bionic eye' that could someday help blind people see or sighted people see better. Using a multimaterial 3D printer, they printed light receptors on a domed surface -- something that has never been done before.

'Bionic eyes' are usually thought of as science fiction, but now we are closer than ever before to making them a reality!

Clearview proudly works with the Make-A-Wish foundation of America.

Change Your Vision,
Change your Life!

LASIK is a medical procedure with risks involved and isn’t right for everyone. Individual results may vary. Talk to your eye doctor and consider both the risks and benefits before having the procedure. Additional information can be found at our website or at fda.gov. the material contained on this site is for informational purposes only and is not intended to be a substitute for professional medical advice, diagnosis, or treatment. Always seek the advice of your physician or other qualified health care provider.